The Gloucestershire Cricket Foundation’s (GCF) primary schools programme is designed to give children a fun first taste of cricket.

As well as helping to develop their cricket skills, the sessions improve children’s fundamental movement skills and characteristics including team work, fair play and leadership.

Our qualified coaches provide both cricket-specific and multi-skill coaching for Key Stage 1 & 2 pupils.

This offer is available to any Primary School who would like to access cricket or Multi Skills Coaching. We are very flexible and can deliver mornings, afternoons, after school clubs and whole days of activity.

All GCF Coaches hold the following as a minimum quality standard: 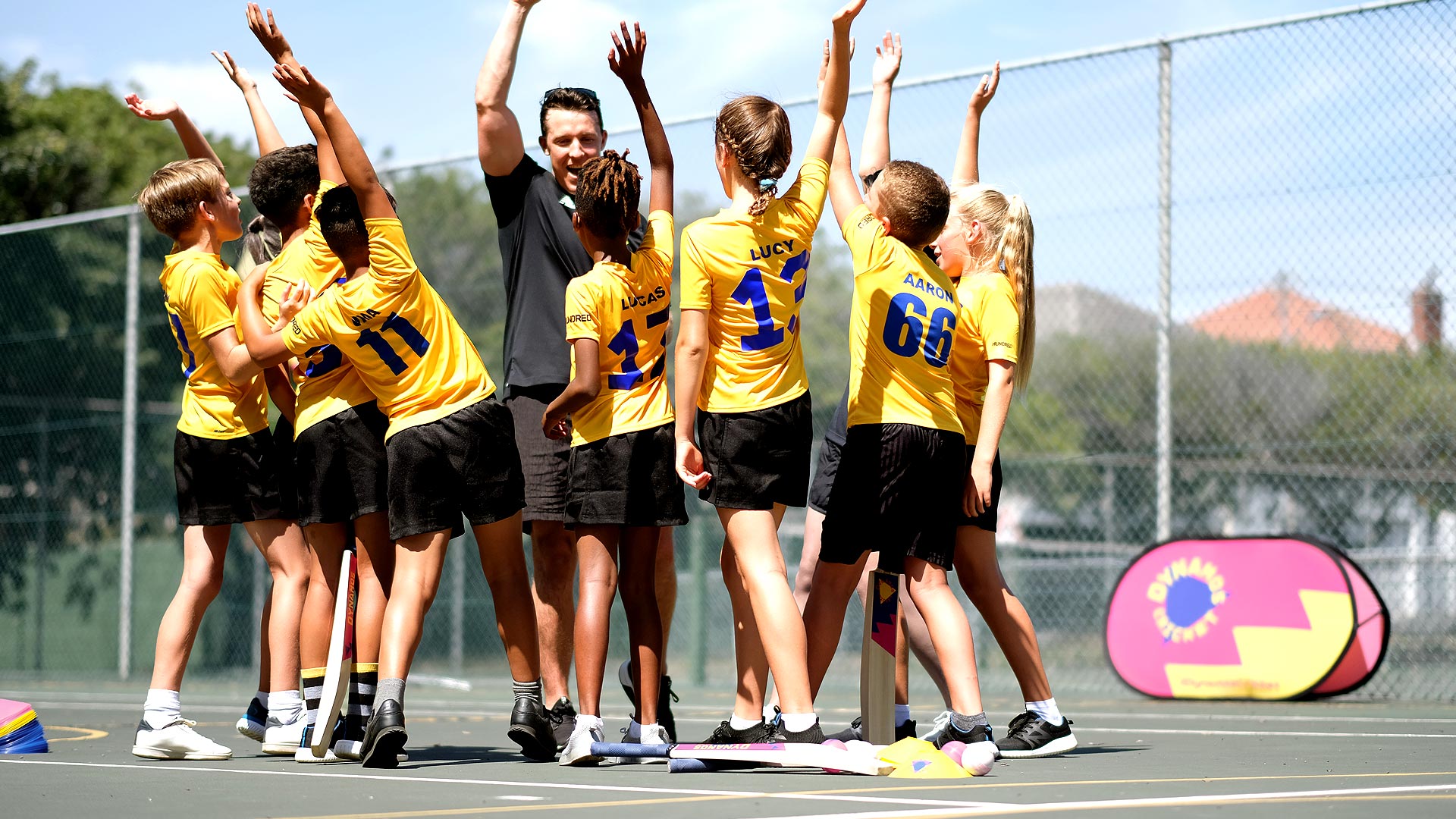 Heavily linked to ‘The Hundred’ and the countdown cricket format, this new competitions aims to engage a new audience of schools that will raise the profile of the game in schools.

How to enter 2022 competitions

One of the highlights of our summer is June where we run and manage all summer Primary competitions. All winners are invited to the County Finals Days, a huge day in the cricket calendar that sees hundreds of boys and girls competing.
 Chris is the longest standing member of the team, having joined the GCB in 2008 as a Community Coach. Since then, Chris has developed greatly moving on to become a Development Officer, a National Programmes and Project lead and now the manager of the entire delivery team across educational and national programmes.

His role covers a wide range of areas including overseeing all schools cricket, the incredible National Programmes of All Stars and Dynamos, Chance To Shine Schools and Street programmes along with being the key lead for Adult league Cricket. Chris also manages the Workforce Development Officer, as a highly competent coaching workforce is so integral to the work areas that he leads on. In his time the GCB have won awards that he had led on, including Chance to Shine County of the Year and Street Chance Project of the Year.

As a local Bristolian, Chris is a Bristol City fan, who enjoys all sports. Chris is married, has two beautiful daughters, plays local cricket and enjoys a good hack at golf.